The gender pay gap is now the narrowest it’s ever been, and yet it’s still 2.5 times the size of those of other industrialized countries. So what’s to be done? 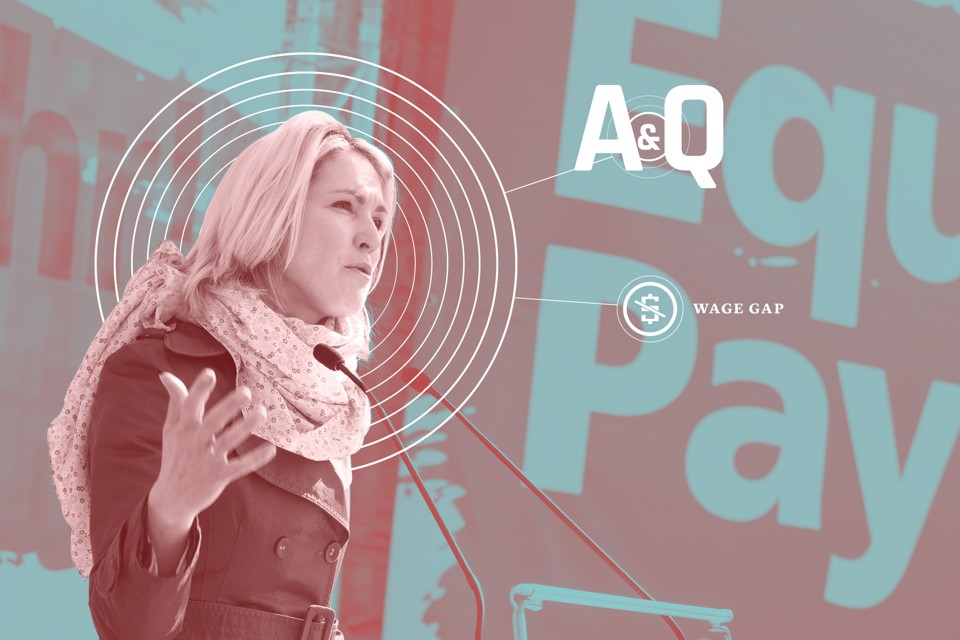 By all accounts and figures, women in the work force have made enormous economic progress in the last 50 years. In the 1980s, women only made 60 cents to every dollar of male earnings. The latest figures show that gender wage gap narrowed substantially, with women making nearly 80 cents to the dollar in 2015.

The last three decades have seen American women move up in both educational attainment and into higher paying jobs. The gap is now the narrowest it’s ever been, and yet it’s still 2.5 times the size of those of other industrialized countries. So what’s to be done? How can America get its men and women paid equally?

One suggestion is that “we should encourage women to take jobs that pay more, and in fields that pay more…perhaps by encouraging them to study STEM or other profitable majors.”

Read the full story in The Atlantic.

From “significant” to “natural,” here are seven scientific terms that can prove troublesome for the public and across research disciplines Hypothesis. Theory. Law. These scientific words get bandied about regularly, yet the general public usually gets their meaning wrong.

Now, one scientist is arguing that people should do away with these misunderstood words altogether and replace them with the word “model.” But those aren’t the only science words that cause trouble, and simply replacing the words with others will just lead to new, widely misunderstood terms, several other scientists said.

“A word like ‘theory’ is a technical scientific term,” said Michael Fayer, a chemist at Stanford University. “The fact that many people understand its scientific meaning incorrectly does not mean we should stop using it. It means we need better scientific education.”

From “theory” to “significant,” here are seven scientific words that are often misused.

Feature Article: Communicating the science of climate change
by Richard C. J. Somerville and Susan Joy Hassol
It is urgent that climate scientists improve the ways they convey their findings to a poorly informed
and often indifferent public.

As scientists we must consider the power of language in our communication as common terms for scientists are often misunderstood by the public.

Article by Marcelo Gleiser — a theoretical physicist and cosmologist and professor of natural philosophy, physics and astronomy at Dartmouth College. He is the co-founder of 13.7, a prolific author of papers and essays, and active promoter of science to the general public. Everyone who has kids, or who remembers his/her childhood, will also remember the struggle to understand why math matters.

“Who cares about multiplication tables and fractions, triangles and algebra? Why do I need to know these things?”

The challenge with math is that if you don’t look with the right eyes, you don’t see how pervasive and all-encompassing it really is. We somehow detune ourselves from the myriad patterns that surround us, both outside and in. We don’t count heartbeats (that would drive most people mad, as you can check in this amazing Radiolab program The Heartbeat. And we don’t associate evergreens with cones or tend to analyze the symmetry in people’s faces — at least consciously. Yet, all of our gadgets and machines depend on our understanding and ability to apply math to different materials.

Read the full article on the NPR Section 13.7 website. A recent story in NPR Colorado Public Radio discusses how “Barriers For Women Today May Be Less Visible, But Not Less Real”.  Read the full article here.

From the hastac blog post: “The often unconscious and unintentional biases against women, including in academe, have been well documented in the autobiographical writings of authors such as Audre Lorde, Adrienne Rich, Patricia Williams, and bell hooks. But is the experience they document merely “subjective”?  Several recent social science research studies, using strictly controlled methodologies, suggest that these first-person accounts of discrimination are representative, not simply anecdotal.”

A new compilation of recent research regarding Gender Bias in Academia.

[excerpt] When Cady Heron failed calculus in order to impress her crush, Aaron Samuels, in the film “Mean Girls,” she showed how detrimental internalized gender roles can be.

Men often dislike when women outsmart them in traditionally male-dominated tasks, such as math or other analytical activities, and women may alter their performances in order to comply with expectations according to some studies. UT associate professor Paul Eastwick and his colleagues conducted a study in which they polled undergraduate men about whether they would be interested in dating women who had scored higher than them on tests.

Fifty three first and second year undergraduate women from five different schools in Colorado and Wyoming spent the weekend in Estes Park learning about their own strengths, career paths in earth and environmental sciences, meeting mentors, and forming a peer network that will hopefully support them through their undergraduate years.

History teaches us that beneath every glass ceiling is an iron woman, and iron is stronger than glass, especially when one iron woman joins forces with many.

To read the article go to the Huffington Post

The resignation of Dr. Geoff Marcy an astronomy professor at UC Berkeley has garnered a significant amount of press over the last week. He resigned after a UC–Berkeley investigation found that he violated university policy by sexually harassing women serially for a decade.

To read more about this see links below:

Op-Ed in the Daily Californian by Dr. Ellen Simms (Dept of Integrative Biology)

On Inside Higher Ed